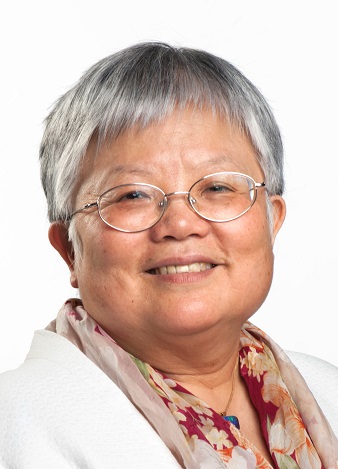 In 1999, she set up the Unit for Research in Schizophrenia at the Center for Psychiatric Neuroscience (Department of Psychiatry, Lausanne University Hospital, CH). She developed a translational program “bench to bed” linking basic neurobiological research with clinical research; she thus promotes an interdisciplinary approach and close collaboration between experts in neuroscience and clinicians (psychiatrists, psychologists). Her program is aimed at a better understanding of the causes and mechanisms leading to psychosis in order to facilitate early diagnosis and intervention, and to develop new treatments as well as preventive measures.

In addition to her research activities, Prof. Kim Q. Do also works on professional education and public outreach towards better care and cure of major psychiatric disorders. Furthermore, she has established fruitful collaboration with researchers in the United States, Canada, Brazil, Australia, China and several European countries.

Prof. Do has authored over 350 scientific publications, is serving on the editorial boards of several journals in the field of biological psychiatry, and sat on advisory/evaluation committees of many institutions, among which the Swiss National Science Foundation (CH), Fondation pour la Recherche Médicale (F), The Wellcome Trust (UK), Medical Research Council (UK), National Institute of Health (USA), and National Science Foundation (USA). She is member of the Executive Committee of the Schizophrenia International Research Society (SIRS) and the Swiss Society of Biological Psychiatry (SSBP) as well as member of the ECNP Review Board (European College of Neuropsychopharmacology).

Prof. Do received the NARSAD Independent Investigator Award from the Brain & Behavior Research Foundation (USA) in 2006, and the NARSAD Distinguished Investigator Award in 2010. In 2014, she was elected Individual Member of the Swiss Academy of Medical Sciences (SAMS) due to her exceptional scientific performance in medicine. In 2018, she received the SIRS Outstanding Basic Science Award from the Schizophrenia International Research Society (SIRS) as well as the Elsevier Senior Schizophrenia Research Award from the American publisher Elsevier.

Kim Do Cuénod has been a senior lecturer at the University of Lausanne since 2000; she was appointed associate professor in translational research in psychiatry in April 2011, and full professor in February 2017. She is head of the Unit for Research in Schizophrenia since 1999, and has been director of the Center for Psychiatric Neuroscience between February 2013 and July 2019.

Kim Do Cuénod is a founding member of the Alamaya Foundation and has been member of the Board of Trustees since its creation in 2002.